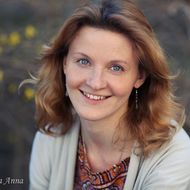 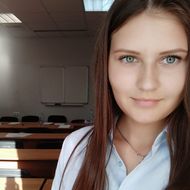 ‘Digital humanities is an important area of development in today’s computer science, when computer facilities, methods and models are used in data processing in the humanities’, said Anastasia Bonch-Osmolovskaya, Associate Professor at the HSE School of Linguistics and one of the school’s organizers, ‘Unfortunately, this area is not as well developed in Russia as it is in the West, where a lot of researchers are involved in it. On the other hand, Russian philology has a very good tradition of various formal approaches to studying texts. We wanted to integrate this tradition with modern methods. And we also wanted to let the students see how important it is not only to be able to apply particular methods, but also to understand how the results can be interpreted. I believe this is something the other schools, European schools for example, lack: they are more about skills than interpretation’.

Roman Leibov, Associate Professor at the University of Tartu Department of Slavic Studies, said that the idea of the school developed out of the regular student philological conference in Tartu, where an additional section discussed modern approaches to philological problems related to new technologies. The decision was made to continue this debate – but not at the Conference. ‘The resulting summer school format selected by Anastasia Bonch-Osmolovskaya was a success; it includes lectures and practical tutorials on work with philological data’, said Roman Leibov.

Russian philology has a very good tradition of various formal approaches to studying texts. We wanted to integrate this tradition with modern methods

Some expert lectures focused on linguistics, others on traditional philological problems, and small groups of students had the opportunity to solve specific problems in workshops over that two day period.

‘The school has become an important academic event for several reasons’, said Boris Orekhov, Associate Professor at the HSE School of Linguistics, ‘First, it follows the traditions of the Moscow-Tartu semiotic school. That was a large-scale intellectual project of the Soviet era that became fertile grounds for the development of concepts and methods that have since become central pillars of contemporary humanities. In recent decades, our science hasn’t seen anything as interesting as that. And the school aimed to revive these processes, to refresh this invention and co-creation of methodological principles that all the participants are aware of.’

‘Second, students attending the school had passed a strict, highly competitive, selection process (it is pleasing that many HSE students were among the candidates). I can say that these are the people who will shape the agenda in the humanities in 20 or 25 years. The things the students heard at the school, things they agreed or argued with must have influenced them to a certain extent, and in future they will be among the factors determining key trends in philology and related areas’. 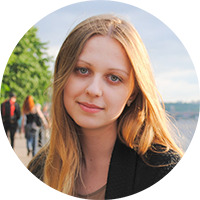 Deciding to attend the Moscow-Tartu School in Digital Humanities was a spur of the moment thing. I’ve never been interested in digital humanities before, it was something I had only heard about, but I never regretted my decision. What I liked was that the participants included people with highly varied backgrounds: philologists, programmers, linguists, mathematicians, and historians. It was great to go beyond my professional circle and talk to people who are used to approaching research from a different angle.

I took part in a tutorial in which we built social networks from classical literature. We turned works by Griboyedov, Ostrovsky, Chekhov, Mayakovsky and other authors into graphs. As a result, we got a visualization of how the structure of Russian plays changed over time. Daniil Skorinkin and Frank Fischer, our wonderful instructors from HSE, quickly and easily explained the key information to us, and always offered help when something didn’t work out or wasn’t understood. 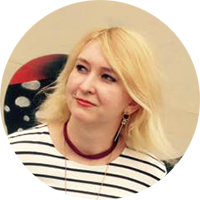 I was part of Boris Orekhov’s tutorial on: ‘Dispersion analysis and the Iron Throne: What can statistics predict in Westeros?’ It turned out to be useful not only for HBO and George Martin fans. The saga is important here if viewed as a big mass of data, which can be used to demonstrate what digital approaches can do (for example, detecting patterns in the text).

It was exciting that we didn’t study one specific method in too much detail, and instead tried to discuss a number of different approaches, including graph theory, cluster analysis, vector analysis, etc. I was pleased with what we achieved during the tutorial. I believe we managed to accomplish quite a lot and even tried to make some predictions on future plot twists on the basis of the data we produced. 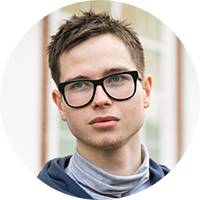 I am part of the project studying drama using network theory. Characters were viewed as nodes in the graph, and the contacts between them were viewed as the values of edges connecting them. This approach allowed us to look at the balance of power in the drama and to detect the most influential characters using the indicators developed through the graph theory. As is common in any research, we received a lot of anomalous and obvious results. But we also detected some characters who defined the course of events and yet were not obvious for the reader. This was when realized that our effort had borne fruit.

I saw a new science evolving. Philology is not about making and proving hypotheses. Works by philologists I’ve read are literary works written under the impression from other literary works. The aim of digital humanities is to make strong conclusions about how a text works. A program is unable to detect moral contents of the book or answer questions on what the author’s intentions might have been, but it can calculate the frequency of use of certain types of words, or detect the poem’s metre. These observations can be a tool for philologists in a traditional sense and spark new ideas, but, most probably, computer analysis of literature will prompt researchers to ask some brand new questions. 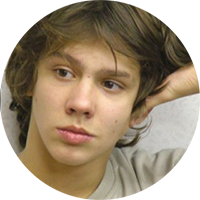 On the one hand, I acquired new skills and knowledge (it is thanks to the school that I finalized the topic of my master’s thesis and even wrote a draft plan). On the other hand, I met some very interesting people, both tutors in the tutorials and the students who came to study literature and humanities from a new perspective. I have continued to talk with them since the school, and I hope this may evolve into new projects. 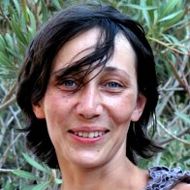 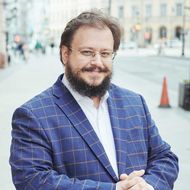 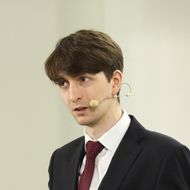 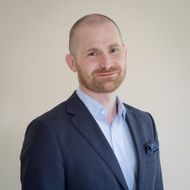